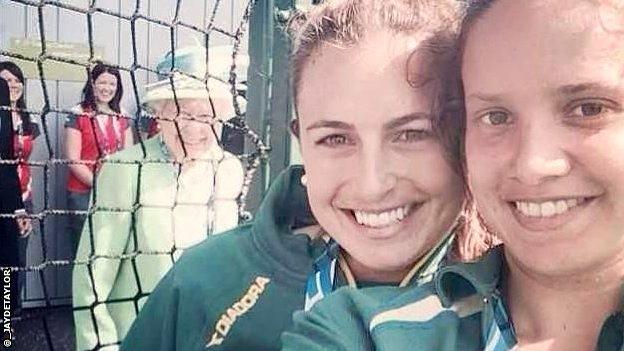 They are arguably the most coveted "photo-bombed selfies" in the whole of the Commonwealth - featuring the Queen.

Two Australian Commonwealth Games hockey players were left stunned when the most famous royal in the world appeared smiling in the background of their picture.

That led to a series of other postings on social networks with England's European and Commonwealth 110m hurdles champion Andy Turner, 33, and another Australia hockey player, Anna Flanagan, 22, uploading similar images.

Flanagan tweeted: "What a day!! 4-0 win over Malaysia... And we just met the QUEEN!!! #queenselfie #roovolution."