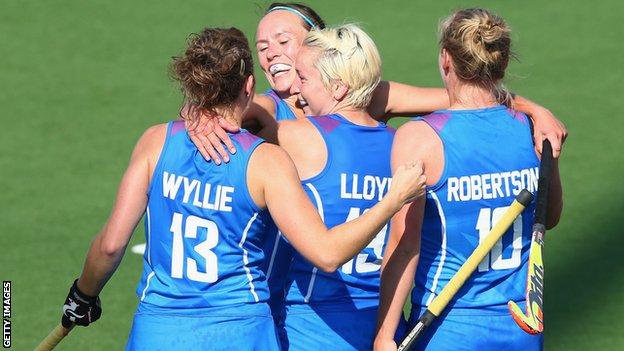 Scotland's women opened their hockey account at the Commonwealth Games with victory over Malaysia.

Two goals from striker Ailsa Wyllie gave the Scots a 2-0 win and the perfect start to their campaign.

The Dundee-born forward struck nine minutes before the break and pounced on a defensive lapse early in the second half.

Scotland head coach Gordon Shepherd hailed the Pool B win as "something to build on for the tournament".

The Scots face Australia on Sunday and Scotland captain Linda Clement was delighted with their bright start.

"Lots of positives to take from today, we had a lot of possession and many penalty corners so we will be looking to take our opportunities and improve our game going into the second game," she said.