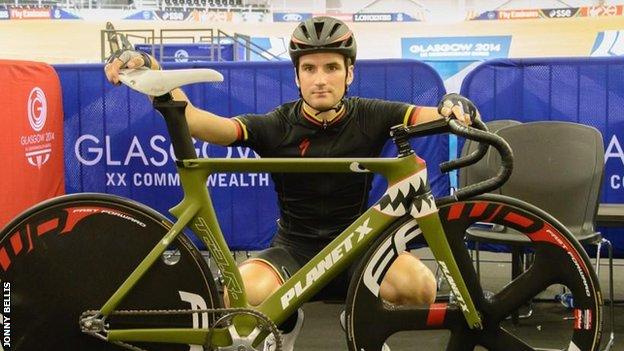 Isle of Man cyclist Jonny Bellis has withdrawn from the Commonwealth Games in Glasgow because of an ongoing knee injury.

The 25-year-old had been selected to represent the Manx team in the points and scratch races on the track.

He tweeted: "Feel like I have let so many people down, but it is out of my control. I am really disappointed."

Peter Kennaugh won the island's first medal at the Games on Saturday, taking silver in the 40km points race.

Bellis, a former two-time European Under-23 champion on the track, who represented GB at the 2008 Olympics, spent 40 days in a coma after he was critically injured in a scooter accident in Italy in 2009.

He said on Twitter: "Plan is to get 100% fit again and on to the next target.

"Good luck to the Isle of Man team in the rest of the games."