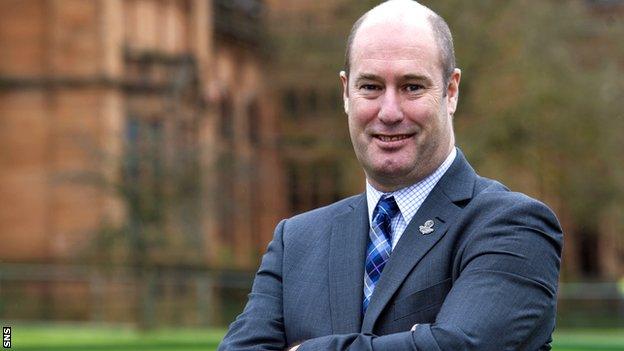 Team Scotland Chef de Mission Jon Doig has played down the significance of scheduling in the host nation's record-breaking performance at Glasgow 2014.

Scotland have won 13 golds so far, eclipsing their record of 11, and have matched their best medal haul of 33.

Twenty seven medals have come from swimming, cycling and judo - sports which featured in the first few days.

But Doig said: "Whatever days we put the programme on, the athletes would have done the same thing, I'm sure."

And he added: "They [sports] were arranged with other people there at the same time, but we did look at the programming and it's really important the Games get off to a bang and the home team does well.

"It's absolutely fantastic, the athletes have worked for years for what they have achieved over the last four days.

"Here we are on day five and we're moving past one of our targets, which was the most ever gold medals."

Scotland won 11 Commonwealth gold medals in Melbourne in 2006, but that record was broken on Monday when Alex Marshall and Paul Foster took the lawn bowls men's pairs title.

And Doig believes Team Scotland will continue to secure podium places as the Games continue.

"You can't do anything about what the other competitors are doing but we've got some good sports coming up - gymnastics have just started and we have some fantastic, world class performers, particularly in the men's team.

"Athletics has just started and the swimming isn't finished either; we've still got seven boxers going into the latter stages, one more bout and they've all got a guaranteed medal."