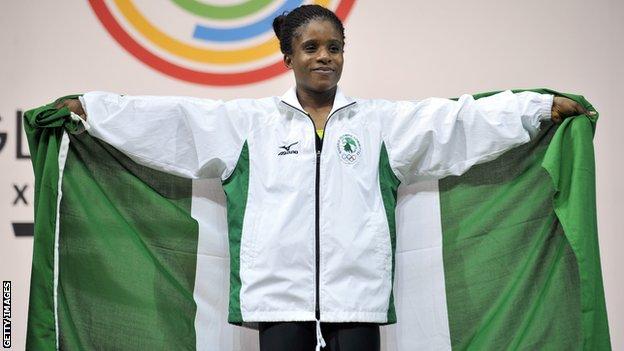 Nigerian gold medallist Chika Amalaha has been provisionally suspended from the Commonwealth Games for failing a drugs test.

The 16-year-old won weightlifting gold with a combined total of 196kg in the women's 53kg category.

Her 'A' sample was found to contain amiloride and hydrochlorothiazide, which are both prohibited as diuretics and masking agents.

Amalaha will have a 'B' sample tested on Wednesday.

Amalaha is the first athlete to fail a test at the Games, but Welsh 400m hurdler Rhys Williams and 800m runner Gareth Warburton both missed the competition after being charged with anti-doping rule violations.