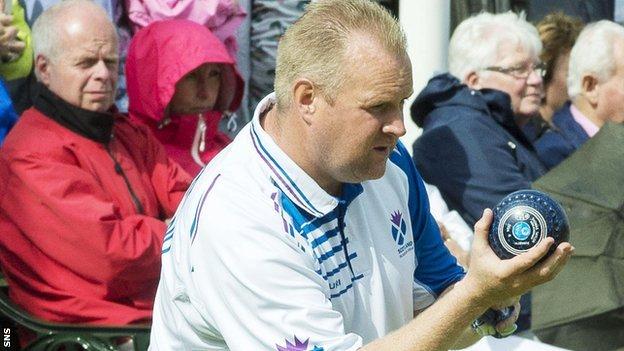 Scotland's Darren Burnett has guaranteed himself at least a silver medal after victory in the men's singles semi-final at Kelvingrove.

Burnett grew stronger as the match went on as he saw off Australia's Aron Sherriff 21-15 after 25 ends.

The Arbroath policeman had to ask for special permission to get time off to compete with all police leave in Scotland cancelled for the Games.

He will now face Canada's Ryan Bester in Friday's final.

Scotland's men's fours are also guaranteed a medal after they defeated Australia 15-10 in their semi-final.

The host nation have already enjoyed success at the lawn bowls, with Alex Marshall and Paul Foster winning gold in the pairs.