The 37-year-old could only manage eighth place on Thursday, with fellow Scot Katie Archibald finishing fifth in the women's event.

"It's what I expected, my time trialling hasn't been great the last few years," Millar told BBC Scotland.

"My fitness is good so hopefully I'll do something good in the road race." 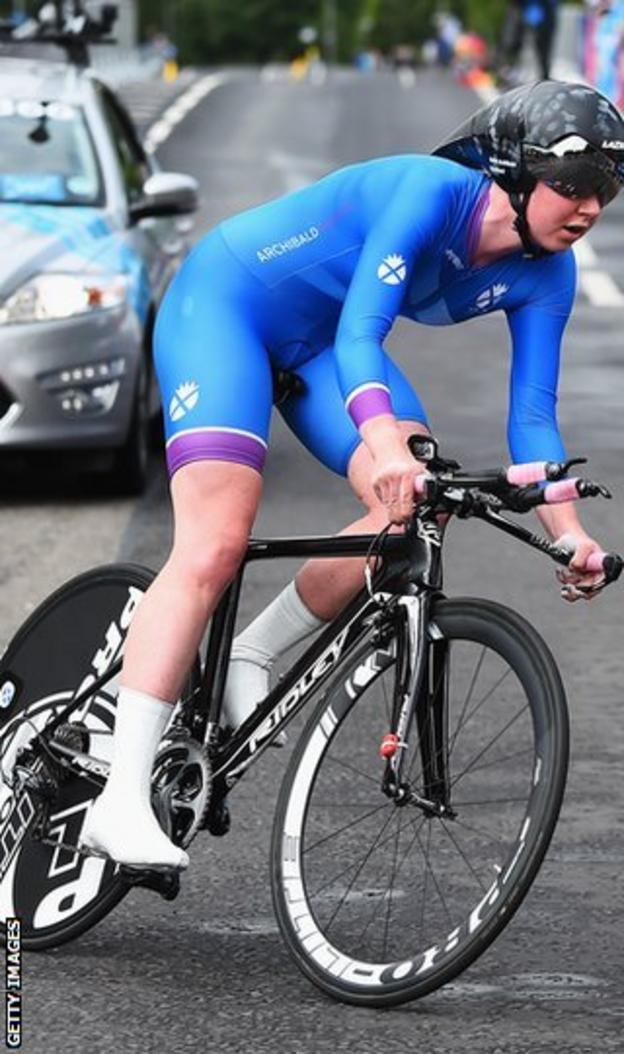 And he added: "Everything is for Sunday, I have high hopes for that, I have more chance in that than I did in this one."

Millar relished racing in front of a home crowd and reckons that could help drive him on to glory in the road race.

"The crowd was incredible, it was like a Tour De France stage in Glasgow," he said.

"The amount of people out there was phenomenal. It was a once in a lifetime experience, that's for sure.

"Today is a very calculated race so emotions don't really come into it. But I think on Sunday it will play a part, getting that encouragement, because you really will have to dig deep and go beyond yourself. I think it will help a lot."

Archibald has now finished in the top five of all five events she has entered at the Glasgow Games, with the women's road race to come.

She was, however, disappointed with her display in the time trial.

"I still had a lot coming down the home straight, so if it had been a bunch race I could have won the sprint, but what good is that when you've been going really slow?" she said.

"For the last 10k I wasn't really on it, so it's something to work on.

"The road race was our national course a couple of years ago so I know exactly what I have to do, I have that fresh in my mind, it's just whether I have the legs for it."