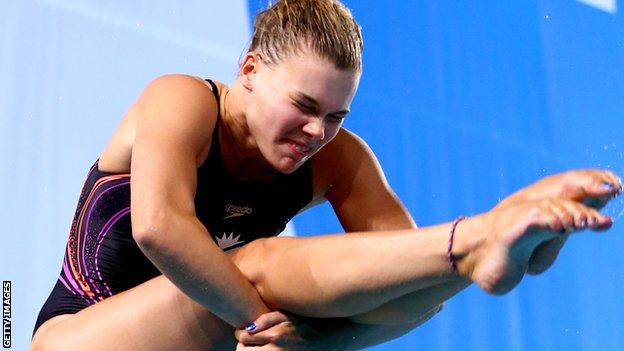 "It was so much fun," Reid told BBC Scotland. "I loved every second.

Reid was hoping to become Scotland's second diving medallist, after Sir Peter Heatly, who is now 90 and won the last of his five medals in Cardiff in 1958.

And she has the chance again in Saturday's three-metre discipline, her preferred event.

"I've not trained as much as I'd have liked," said Reid who is waiting for exam results as she prepares and suffered a bad shoulder injury just two months ago.

"I was pretty dreadful in training but I really picked it up. I'm excited about the three metre event."