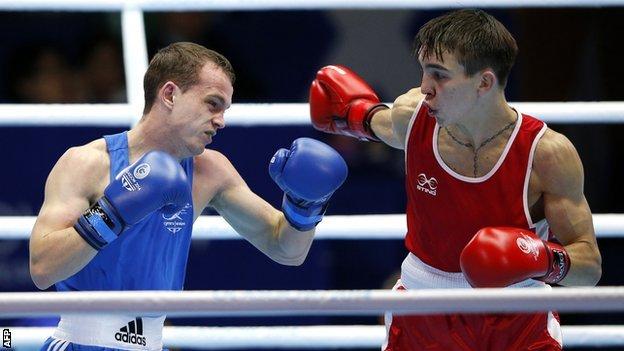 The fight was stopped in the second round following an accidental clash of heads which resulted in a cut to Conlan's head,

Northern Ireland's Conlan was awarded the fight by virtue of him being ahead on the three judges' scorecards.

Conlan will face Qais Ashfaq of England in Saturday's final.

McGoldrick had been defending a title he had been belatedly awarded in 2010.

Sri Lankan Manju Wanniarachchi, who beat McGoldrick in the bantamweight final in Delhi, was stripped of his title after failing a doping test.