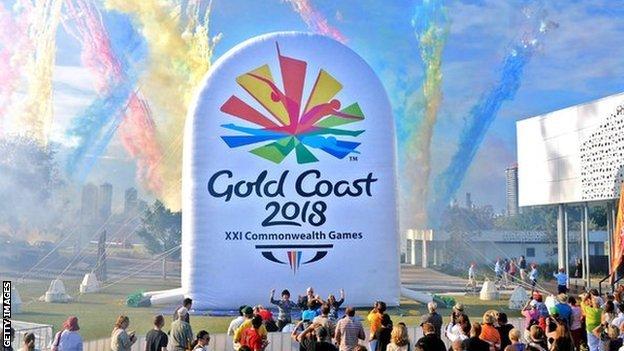 Australia has promised to build on the "standout" Glasgow 2014 and deliver the "best" Commonwealth Games.

Jann Stuckey, the minister for the next Games on Australia's Gold Coast in April 2018, also believes the event will "continue for a long time".

"The Gold Coast won't be the beginning of the end - it will be a reinvigoration," said Stuckey.

The enthusiasm for the Games is in contrast to fears over its future before Glasgow 2014.

There was a lack of interest from member countries in staging the event, with no serious interest expressed to be 2022 hosts ahead of a March 2014 deadline.

Glasgow 2014 is believed to have cost more than £500m to stage and the finances needed to host future events was believed to be one of the issues.

In addition, a major dispute over governance between the Commonwealth Games Federation and its members may also have had a detrimental effect.

However, South African city Durban and Edmonton, in Canada, eventually came forward as potential suitors and confirmed bids for the 22nd Games must be lodged by March 2015.

Reg Milley, who is leading Edmonton's bid to host the Games, says the event needs to be modernised to stay relevant and has suggested adding new sports to the programme.

BMX cycling was added to the Olympic programme for the 2008 Beijing Games, while beach volleyball became an Olympic event at Atlanta in 1996.

Cycling's governing body the UCI has also campaigned for skateboarding to gain inclusion at the Olympics.

He said: "We have been talking to the young people here and in the wider Commonwealth about what they want in 2022 - the time when they will be at their peak.

"We need to renew and stay relevant."

Edmonton hosted the Commonwealth Games in 1978, while it was last staged in Canada in Victoria in 1994.

An African city has yet to welcome the event.

The president of the South African Sports Confederation & Olympic Committee, Gideon Sam, who is part of the Durban bid team, said the Commonwealth Games Federation should consider how his country staged the 2010 Fifa World Cup if they need help making their decision.

He said: "Ask Fifa what Durban can do. We have the infrastructure to deliver. This is Africa's time. This is Durban's time."

The next Games will be from 4-15 April 2018 in Australia and most of the venues for the disciplines are already in place.

New arenas have been built for the badminton, wrestling, track cycling and mountain biking, while the Aquatic Centre is ready three years ahead of schedule and will host August's Pan Pacific Swimming Championships.

Stuckey said the country has been a "thirsty sponge" in extracting the best elements that made Glasgow 2014 successful.

"We're absorbing all we can," she told BBC Sport.

"Some things we'll do differently, but for the most part - transport, security and volunteering programmes - we will be taking a leaf out of their book."

She added: "We will raise the bar further than what Glasgow has done for the best Games yet."