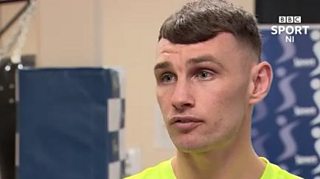 Northern Ireland's boxers are determined to deliver more Commonwealth medals as they prepare to compete at Gold Coast 2018.

Nine of Northern Ireland's 12 medals at Glasgow 2014 were won by boxers with and the squad of 12 fighters competing in Australia will be under pressure to match that success.

"It's an honour to have that pressure on you because people are expecting you to be good," said light welterweight Sean McComb.

Heading in training must be reduced - PFA