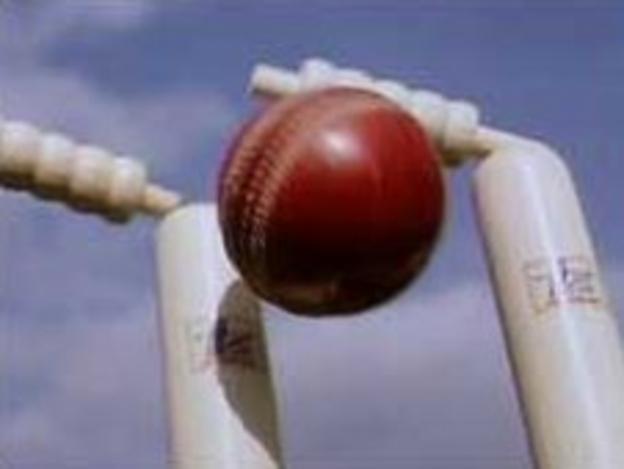 Bracebridge Heath have won the Lincolnshire Premier League title with one match to go after a 54-run win over reigning champions Bourne.

But despite 76 from Masood, Bourne were all out for 148, with Ashley Schultz taking five wickets.

Boston failed to close on second place, losing by one wicket at Woodhall Spa.

Louth moved to fourth in the table with a 104-run victory over Skegness which means they in turn will finish in the bottom two.

Matt Crowther made an unbeaten 97 and Stewart and Graham West scored half-centuries in Louth's 290-7 before Stewart West took five wickets to bowl the visitors out for 186.

Bottom side Nettleham narrowly lost by 11 runs at home to Market Deeping with Dan Wright hitting 85 as they were all out for 241 in reply to Deeping's 252-7, which included half-centuries for David Gillett and John McDougall.

Nathan Poundall scored 110 in Hartsholme's 96-run victory over Lindum, while Jim Morgan fell three runs short of a century in Grimsby's four-wicket win at Sleaford, for whom Tom Shorthouse top-scored with 58. George Linde took 7-43 for the visitors.