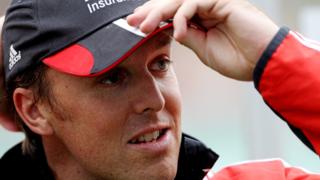 Graeme Swann says he has no "delusions of grandeur" after being told he will lead England for the first time at two Twenty20 matches against West Indies later this month.

Swann jokes that he has captained every senior game in his head and admits it was hard to keep the news to himself.

Captain Stuart Broad and vice-captain Eoin Morgan are both unavailable because of shoulder injuries.