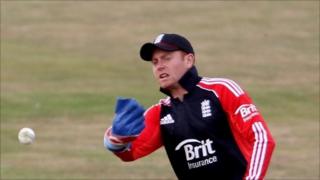 Bairstow says he hopes to get another opportunity to prove what he can do.

The Yorkshireman was called into the squad for the final match of the series with less than 24-hours' notice after Ben Stokes aggravated a finger injury.