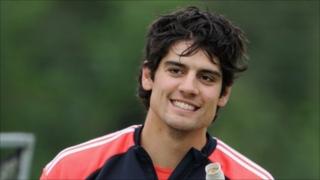 Cook said the 21-year-old Yorkshireman had "made a name for himself" after his 41 from 21 balls to helped England win the fifth one-day international against India.

England chased down a target of 241 to win by six wickets and seal a three-nil series win to round off a successful summer against the World Cup winners.