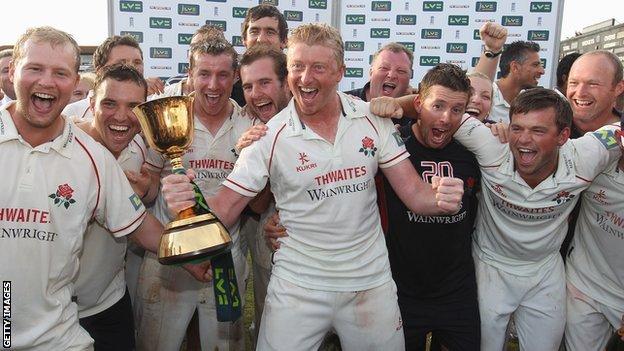 All the signings, moves and news from every county in the build-up to and during the 2012 season.

Only one overseas player is permitted in the County Championship and Clydesdale Bank 40 league.

Players who moved counties during the 2011 season are included on the 2011 list. Have we missed anyone? Please let us know.

Other news: Paul Collingwood replaced Phil Mustard as Durham's County Championship captain on 2 July, while the county was fined and deducted points for breaching the ECB's salary cap regulations.

Other news: The county were known as the "Welsh Dragons" in limited-overs cricket in 2012, but are dropping it for 2013 when they will be known simply as Glamorgan.

Other news: Hamish Marshall will captain the county in Twenty20 cricket, with Alex Gidman still leading the side in the Championship and CB40.

Other news: The county announced on 18 April that Neil Dexter was temporarily standing down as County Championship captain, with Chris Rogers taking over.

Overseas player: Adam Voges (Australia, 25 May until the end of the season)

Other news: Michael Yardy stepped down as Championship and CB40 captain on 31 July, to be replaced by Ed Joyce.