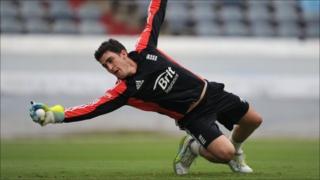 England batsman and wicketkeeper Craig Kieswetter says he is fit and ready for the one-day series in India, having recovered from an arm injury sustained during the Champions League Twenty20.

Kieswetter has been acclimatising to Indian pitches during Somerset's journey to the semi-finals of the CLT20, where they were defeated by eventual winners Mumbai, and believes he could have had "no better preparation" for the series against the world champions, which begins on Friday.

He will take part in a warm-up match against a Hyderabad XI on Tuesday.