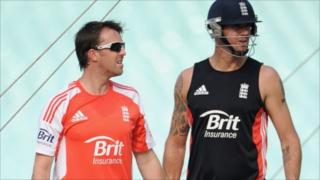 England spinner Graham Swann dismissed death threats received via Twitter as "part and parcel" of the social networking site, revealing he has blocked the users that sent them.

Swann tells Simon Mann England must "get a bit of pride back" during the Twenty20 series after they were whitewashed 5-0 by India in the One Day Internationals.

The Nottinghamshire off-spinner also states he has not been distracted by press coverage of his autobiography, in which he was perceived to criticise some of his team-mates, but Swann insists the changing room atmosphere "is fine".