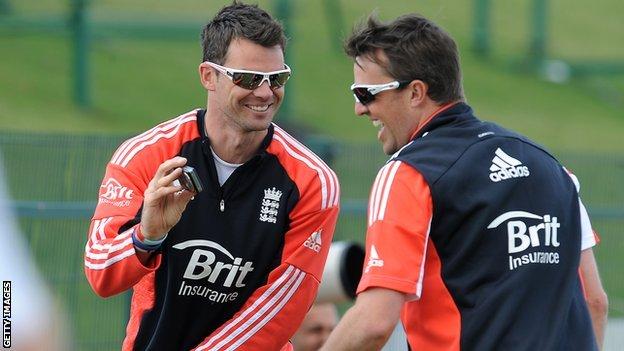 Seven England players and Ireland batsman Kevin O'Brien all failed to attract bids at the auction for this year's Indian Premier League.

They may be the only English players involved in the 2012 competition.

The IPL - which runs from 4 April until 27 May - clashes with the end of England's Test series in Sri Lanka which finishes on 7 April, and the start of the home series against West Indies, which begins in late May, so the availability of Pietersen, Broad and Morgan for the Twenty20 event is likely to be restricted.

Players only available for part of the tournament are paid a "pro rata" proportion of their salaries.

In a shock development before the auction, Sahara announced it was withdrawing its sponsorship of the Pune franchise and the India national team.

It is not yet clear whether Pune will be able to take their place in the nine-team IPL, although Sahara said in a statement that the players would be paid.

As well as all-rounder Jadeja, the other million-dollar players in Saturday's auction were Sri Lanka captain Mahela Jayawardene who cost Delhi Daredevils £885,000($1.4m), and India seamer Vinay Kumar, who went to Royal Challengers Bangalore for £632,000 ($1m).

Among the more surprising purchases was inexperienced West Indies off-spinner Sunil Narine, who was snapped up for £443,000 ($700,000) by Kolkata Knight Riders.

The tournament was first staged in 2008.