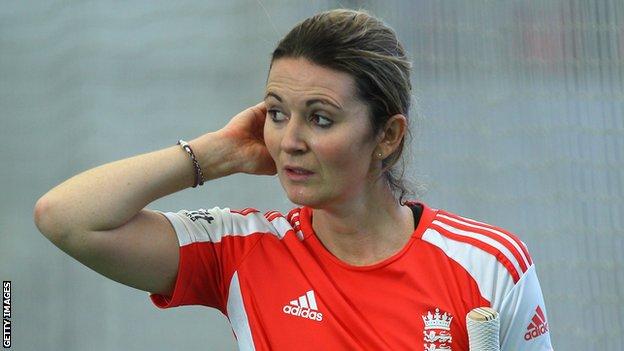 Kent and England captain Charlotte Edwards has challenged her team to win every single match this year.

England are reigning world champions in 50-over and Twenty20 formats, beating New Zealand in both finals in 2009.

Edwards told BBC Radio Kent: "We want to be unbeaten in 2012. If we achieve that we'll have won the World Twenty20.

"We went into the last World Cup on an unbeaten run of 17 games. Momentum going into big global events is a good thing and we want to recreate that."

The team flew out to New Zealand on Sunday for a series consisting of five T20 internationals and three limited-overs internationals.

In the summer they entertain India and the West Indies, ranked third and fourth in the world respectively, before the World Twenty20 in Sri Lanka in the autumn.

And the 50-over competition takes place in India in 2013.

"We want a tough run into the World T20. With both World Cups being in the sub-continent, it's always good playing India before," she said.

"It's always good to challenge our team against the best in the world. We've got a perfect run-in and we've got to perform."

England are without two key players for their tour to play New Zealand. Holly Colvin has university commitments and Katherine Brunt has been rested.