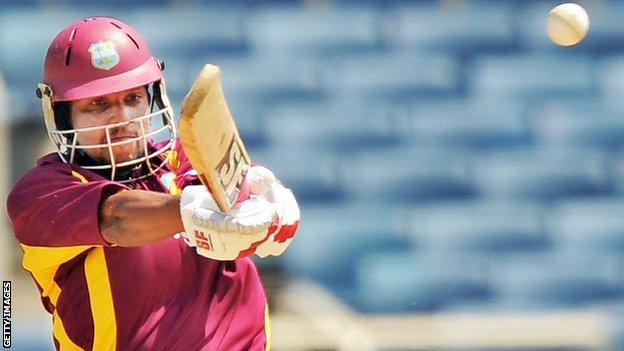 Leicestershire have signed West Indies batsman Ramnaresh Sarwan as their overseas player for the 2012 season.

Sarwan, 31, averages more than 40 in both Tests and ODIs for the Windies and has joined for the entire 2012 season, subject to international clearance.

Chief executive Mike Siddall said: "We wanted to sign an experienced overseas batsman and he certainly fits the bill.

"He has an impressive Test record and his availability to play all forms of the game is an added bonus."

Former West Indies skipper Sarwan will link up with the team on their pre-season tour to Barbados in mid-March, and he will then join the squad in England shortly before the start of the season.

Sarwan has not played at international level since July 2011 because of concerns over his fitness and form.

But he has played 78 Tests and 173 one-day internationals and has been assured he is still part of his international side's plans.