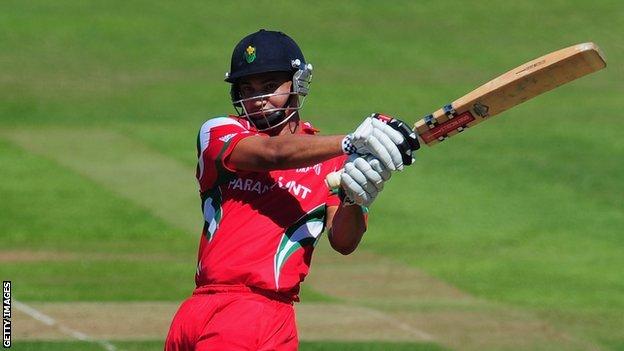 Essex have confirmed South Africa batsman Alviro Petersen will join the club for the first half of the new county season.

The 31-year-old, who captained Glamorgan last summer, will stay at Chelmsford until mid-June.

The batsman revealed the move on Twitter on Saturday, saying: "Delighted to have signed a short-term contract with Essex CCC."

Petersen has played 10 Tests and 17 one-day internationals for his country.

Just to put the record straight, I enjoyed my time with Glamorgan, and yes, would have wanted it to continue.

He will stay with Essex until the County Championship clash against Northants, which begins on 6 June.

Head coach Paul Grayson added: "It is very exciting that we can bring in Alviro to the club as he is an experienced county cricketer.

"Obviously he has played against us many times before and he hit a good 100 for Glamorgan when we went to the Swalec Stadium last season.

"We are all very happy to be able to add someone of Petersen's quality to the squad for the first half of the season, featuring in eight County Championship and four CB40 games."

However, suggestions he could rejoin the Welsh county as a Kolpak player had to be shelved after he won his place back in the South Africa Test team at the start of 2012, after a year out of the international reckoning.

Petersen added on Twitter: "My agent gave Glamorgan a proposal which they didn't accept. Would have loved to join Glam!

"Glammy can only sign one overseas. We proposed something but Glammy rejected such.

"Just to put the record straight, I enjoyed my time with Glamorgan, and yes, would have wanted it to continue.

"They played a massive part in my success at international level. Great fans, good people! I thank all involved!"