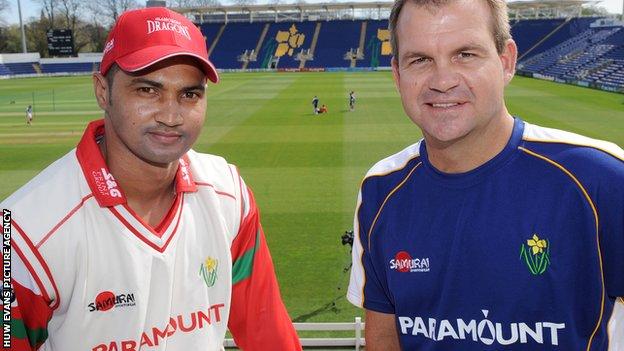 Glamorgan coach Matthew Mott has said he feels let down by former captain Alviro Petersen's decision not to return to the county this summer.

The South Africa Test batsman was expected to give up his international career and play in Wales as a Kolpak player.

But Petersen has opted to join Essex for the first half of the new county season.

"We went to great lengths to do the right thing by Alviro and we do feel very let down.

"We did have a signed agreement but he's chosen to pursue the South African route, which is fine and we would have understood.

"But after he was picked for South Africa again and made the 100, we were a bit nervous about what decision he'd make, and we got another confirmation from him that he would be coming [to Wales].

"We were quite disappointed after that point he decided to change his mind.

"We've moved on from it. I think we've got other good options out there."

Petersen scored 2,039 runs in all competitions for Glamorgan as their overseas player last summer.

Mott admits Glamorgan missed out on other targets, including leading Australian batsman Phil Jaques, while they were still talking to Petersen.

The Welsh side have been linked with Australian all-rounder Moises Henriques for the early part of the season.

The hope is that Henriques will deputise for compatriot Marcus North, who will miss the first five weeks of Glamorgan's season as his wife is expecting their second child.

"He's certainly a player of interest and would fit a role," said Mott of Henriques.

"We are looking for an all-rounder because we feel it would fill a few holes and that's important at the start of the season particularly on wickets that will give assistance to the bowlers."