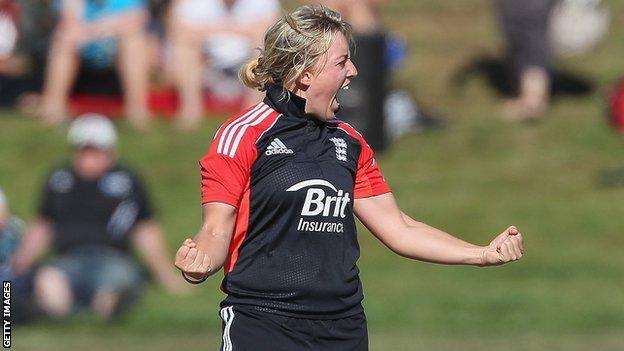 England's women recovered from a poor start to beat New Zealand in Auckland and take an unassailable 3-0 lead in their five-match Twenty20 series.

New Zealand started strongly but were undone by spinners Danielle Wyatt and Danielle Hazell as England won by 10 runs on the Duckworth-Lewis method.

The Kiwis were 90-7 when the players were forced off with seven balls left.