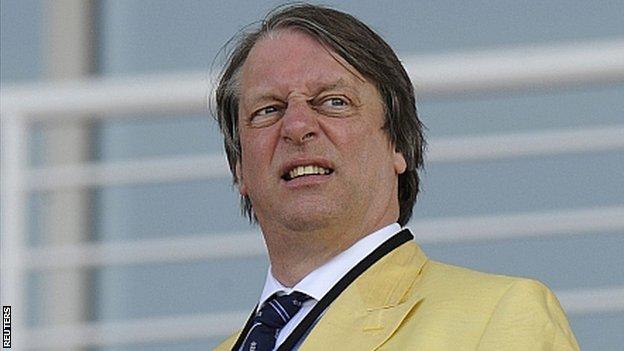 England & Wales Cricket Board chairman Giles Clarke and IMG have settled their legal dispute out of court.

Media giant IMG launched a libel case against Clarke in May 2010 after he claimed they took part in talks to create a rebel English Premier League.

"Mr Clarke accepts that IMG did not act in breach of ICC rules and intended to act within the official structures of world cricket," an ECB statement said.

"IMG accepts Clarke was not intending deliberately to damage its reputation."

The statement added: "On that basis the parties have agreed to settle the litigation on confidential terms."

In an e-mail to the Board of Control for Cricket in India (BCCI), Clarke had claimed IMG took part in discussions with former Indian Premier League boss Lalit Modi and representatives of Warwickshire, Yorkshire and Lancashire designed to set up a new Twenty20 competition.

He called for IMG to be banned from world cricket, prompting the firm to launch its libel case.

Clarke also alleged that Modi had acted without authority and planned to "create a new rebel league".

Modi launched a separate libel case against Clarke in June 2010 which is still ongoing.