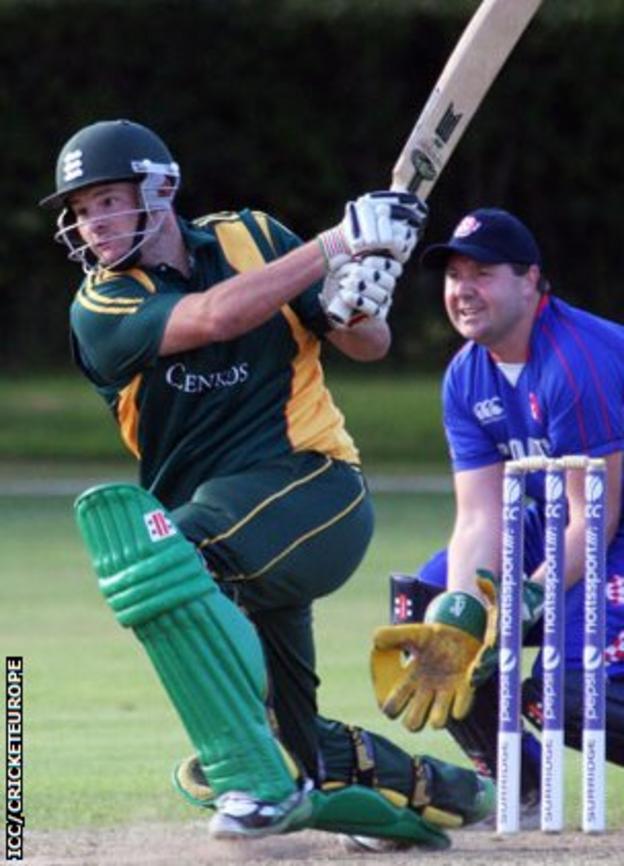 Guernsey's chances of promotion from World Cricket League Division Five are all but over after they dramtically lost to leaders Malaysia by four runs.

The island's tailenders staged a dramatic fightback as Jamie Nussbaumer and Stuart Bisson shared a stand of 38 runs for the ninth wicket.

Nussbaumer had earlier taken 3-27 as Guernsey restricted Malaysia to 194.

The loss sees Guernsey remain third in the table, meaning they will have to beat the Cayman Islands decisively and hope Singapore lose heavily to win-less Argentina if they are to make the final.

"We didn't bat well enough today to get over the line and it was a game that we should have won," said coach Andy Cornford on BBC Guernsey.

"We've had chances to win every game and I really think we could be sitting here now with four wins from four games, that's not been the case and we need to look at why that's happened," he added.

Guernsey's bowlers again performed well, with David Hooper getting a second consecutive three-wicket haul as he took 3-38 as no Malaysian batsmen scored above 31.

But when Hiran Ralalage ripped through the middle order to leave the island on 130-7 it looked as though it was all over.

But Nussbaumer came to the wicket and hit a couple of massive sixes to put Guernsey back in the game until Bisson was run out with the last ball of the final over.

With Guernsey needing seven off the last over Nussbaumer was bowled by Ralalage as the Malaysian took 4-28.

The island side had never previously lost to Malaysia, having beaten them to the World Cricket League Division Six title in September last year.

"We've played them three times before and beaten them every time so today was their turn," said Cornford.

"I'm really keen for us to end this tournament on a high, we're a small island with 63,000 population playing against sides with huge populations and we seem to be punching above our weight and that's what we want to continue to do.

A win over the Cayman Islands in their final group game on Friday would secure Guernsey's survival in Division Five.