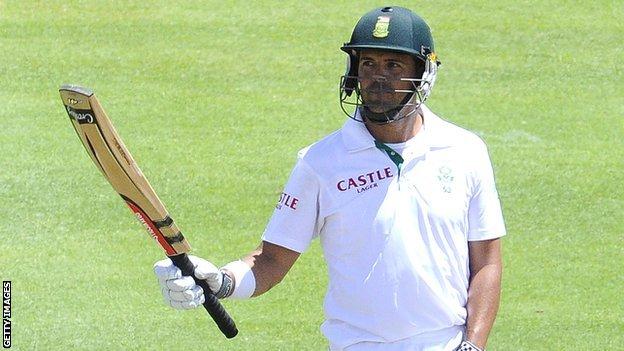 The 30-year-old will be the county's overseas player in place of Murali Kartik, who will arrive after the IPL.

Rudolph, who was part of the South African Test side that recently beat Sri Lanka, previously played 68 games for Yorkshire, averaging 52.2.

He will arrive in time for Surrey's opening County Championship Division One game against Sussex on 5 April.

The left-hander was with Yorkshire for four years from 2007 and scored more than 8,000 runs during that time.

In 2008 he won the players' player and fans' player of the year awards.

He returned to his homeland at the end of the 2010 season but returned to Headingley last summer for the final six games of the season.

Surrey team director Chris Adams said: "Signing a player of Jacques Rudolph's undoubted capabilities and experience is a great boost to our side at the start of the campaign.

"With such a heavy first-class schedule early in the season it will be a huge advantage to have a world-class opening batsman available to us. I look forward to welcoming Jacques to Surrey in early April."