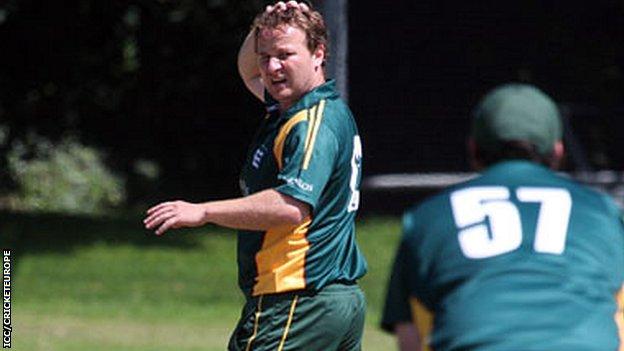 Guernsey bowler Stuart Bisson says the island's batsmen need to up their game in their final match in the World Cricket League Division Five.

The island side lost to Malaysia and were thrashed by Singapore after below-par batting displays.

"We've been really good in the field it's just our batting, which will hopefully come together," he told BBC Guernsey.

"It hasn't really fired all week but hopefully it will do," he added.

Guernsey face the Cayman Islands in their final group match on Friday, knowing a win will ensure that they do not get relegated.

Bisson says the team was disappointed by the way their batting has let them down as they failed to chase down a very gettable target of 195 against Malaysia.

"We got ourselves into a position to win the game after fielding and bowling so well.

"But pressure does funny things to people and we couldn't get over the line.

"There was a big sense of disappointment throughout the whole team because it's a game we feel we should have won," he added.