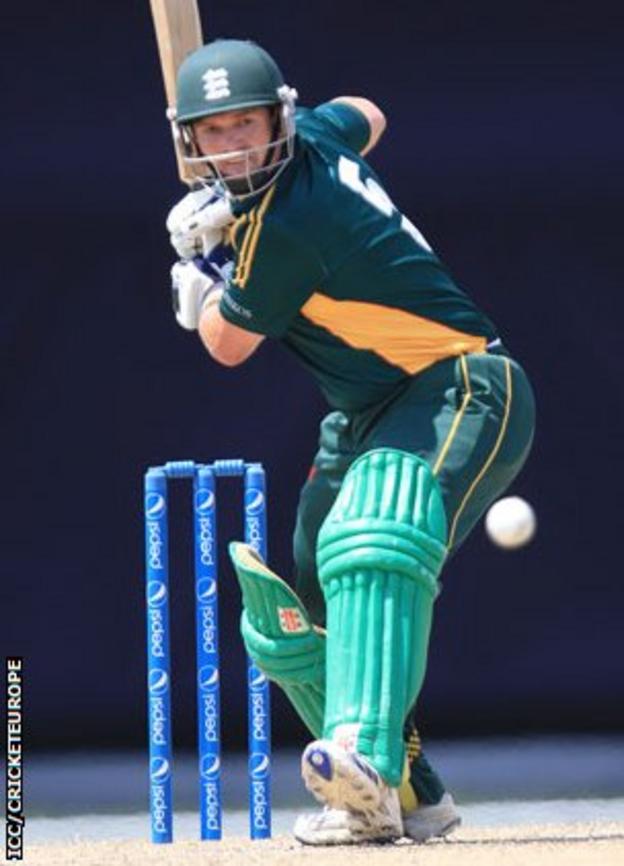 Guernsey beat Cayman Islands by six wickets to finish third in the World Cricket League Division Five group and keep their place in the division.

They restricted Cayman to 164 all out off 47.5 overs as GH Smit took 3-27 while Gary Rich and Jamie Nussbaumer each took two wickets.

Smit hit 59, Tim Ravenscroft scored 55 and Jeremy Frith got 33 not out as they got to their target with 40 balls left.

The result means Guernsey will face Cayman once again on Saturday in a play-off for third place.

Guernsey needed Singapore to lose heavily to relegated Argentina to make the final, but they cruised to a 136-run win.

"We were a little bit sloppy early on but once we got hold of it I thought the guys bowled and fielded really well," captain Stuart Le Prevost told BBC Guernsey.

"It was only a matter of time before the batting fired and hopefully we can get it right tomorrow and put in a another decent batting display.

"But to come out of our winter and play like we've done, I think the guys have done really well so on the whole I'm pretty pleased.

Having won the toss Cayman batted first but lost regular wickets, with only opener Steve Gordon (55) getting a score over 20.

Man-of-the-match Smit took Gordon's wicket along with two others while Nussbaumer took his tally of wickets to 14 for the tournament as he returned figures of 2-36 as Rich bowled 2-27.

Smit then hit seven fours in his innings of 59 while Ravenscroft's 55 included five fours and a six, as they put on 107 for the first wicket to set the platform for the win before Jeremy Frith saw the side home with 33 not out as Guernsey scored 167-4 off 43.2 overs.

"We've been a bit disappointed with our performances," said island manager Peter Vidamour.

"We've had two or three individual good performances but generally it's not been up to par, but today GH and Tim put on a good opening stand and we batted really well.

"We certainly came here with the intention of winning the competition if we could and we are disappointed that we haven't done so.