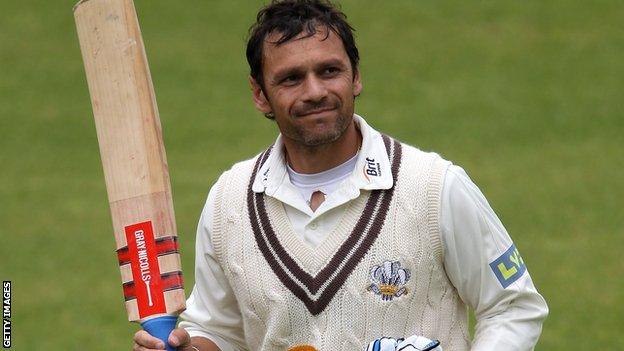 Surrey batsman Mark Ramprakash is to captain the MCC in the county season curtain-raiser against champions Lancashire from 27-30 March.

The game will again be played under lights in Abu Dhabi using a pink ball and the MCC side also includes 19-year-old Somerset all-rounder Lewis Gregory.

"I have never played with a pink ball before and I'm looking forward to this new challenge," he said.

"Any innovation - such as floodlit cricket using pink balls - which could help increase the popularity of the game is to be welcomed.

"It's a great pleasure to be back in MCC's colours after so many years, all the more so given I was originally picked to play in this match in 2010 but was unable to - it's fantastic to get another opportunity."

The four-day match will be preceded by a Twenty20 tournament, also involving Durham and Sussex, on 23 March, where the MCC team will be boosted by former India captains Sourav Ganguly and Rahul Dravid, who will join the squad in place of Marshall and Naved.