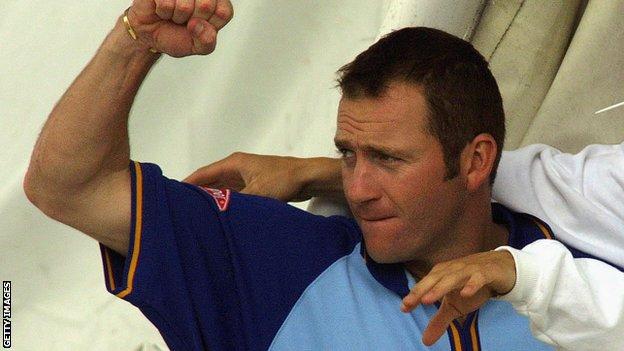 Former England all-rounder Craig White is to join the Hampshire coaching staff for the 2012 season.

White, who had been with Yorkshire since 1990 as a player and coach, was expected to take up an umpiring role when he left Headingley last autumn.

But he is now to move to the Rose Bowl under Hampshire cricket secretary Tim Tremlett and team manager Giles White.

"I've been with Yorkshire 22 years but feel it would be interesting to see how things are at a new county," he said.

"I've always admired the way things are done at Hampshire.

"It seems a very focused but relaxed place, so it should be exactly my kind of atmosphere.

"They've got some great young cricketers there so I'm looking forward to working with them."

White, part of the Tykes' County Championship title-winning side in 2001 and Cheltenham & Gloucester Trophy winning side of 2002, captained Yorkshire in 2005 and 2006, before retiring from first-class cricket in 2007 to captain the seconds and join the county's coaching staff.

But he was part of a backroom shake-up at Headingley following last summer's relegation to Division Two, which also saw the departure of Steve Oldham, Kevin Sharp and John Blain, followed by the arrival of former Australia paceman Jason Gillespie as the county's new coach.

Australia-bred White, who scored more than 20,000 runs and took more than 700 wickets in domestic cricket, made 30 Test appearances for England.