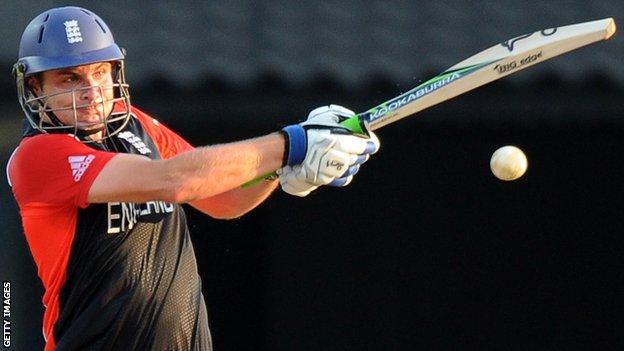 England all-rounder Luke Wright has signed a new deal with Sussex to keep him at the side until the end of the 2015 season.

The 26-year-old, who is currently playing in South Africa's Twenty20 competition, arrived at Hove in 2003.

The right-arm batsman, who averages 36.51 with the bat in 70 first-class games, missed the end of last season with a knee injury.

"I'm delighted to have signed a long contract with Sussex," he said.

"Sussex is a fantastic club of which I have been lucky to win many trophies with and I look forward to helping them towards more success in the coming years."

The Grantham born all-rounder has played 46 one-day internationals for England and 30 Twenty20 matches, but has not represented his country since the T20 game against Sri Lanka in June 2011.

But the medium-fast bowler, who averages 38.89 in his 70 first-class matches and 31.45 in 74 domestic T20 innings, recently reiterated his desire to represent his country again.

Sussex professional cricket manager Mark Robinson added: "Luke has been with us now since he was 19.

"He has become an integral part of the squad both on and off the pitch, and the way he plays his cricket excites crowds and makes him a dangerous player to play against."