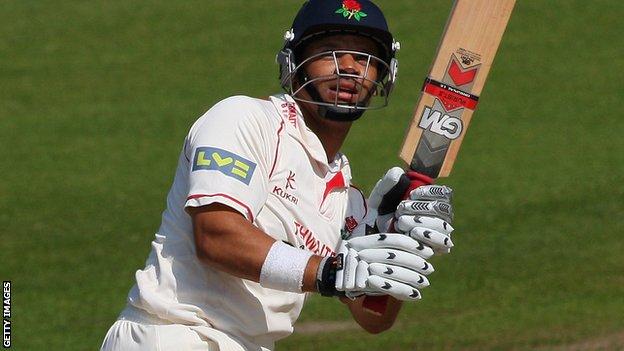 The 34-year-old left-hander will play in both the County Championship and CB40 this summer.

"I love the place and how the lads go about their work," said Prince, who has scored 3,665 runs in 66 Test appearances, including 11 centuries.

"I'm really looking forward to joining up with the squad in early April and contributing to a successful campaign."

Prince first played for Lancashire in 2009 as early-season cover for India's VVS Laxman, and averaged 62 from five first-class appearances.

He returned for a spell at the start of the following summer, during which he was awarded his county cap.

"Ashwell is a world-class batsman who has a wealth of experience and talent," said director of cricket Mike Watkinson.

"He will bring additional quality to the top order and will have a positive influence on the squad."

Prince was dropped from the Proteas' Test side midway through their recent home series against Sri Lanka, and was not included in the squad for their forthcoming Tests in New Zealand, although his fellow countrymen tour England between July and September.

Lancashire won their first outright county title since 1934 last summer despite not playing a single four-day match at their Old Trafford home because of ground improvement work.

After the traditional county champions' game against MCC at the end of March, Lancashire will start the forthcoming season playing home games at Liverpool, but are due to return to Old Trafford on 2 May for a Championship match against Nottinghamshire.