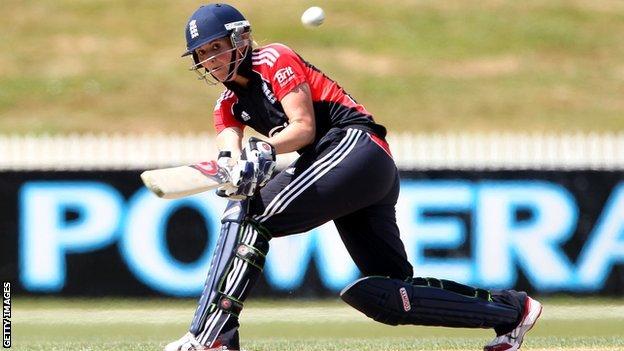 Charlotte Edwards made 84 as England beat New Zealand by five wickets in the first one-day international in Lincoln.

The captain received support from Lydia Greenway (36) and Laura Marsh fell for 44 off 42 balls shortly before victory was sealed with 10 balls to spare.

Earlier at the Bert Sutcliffe Oval, New Zealand recovered from 52-3 to post 233-6 thanks to Sara McGlashan's 74.

The second game of the three-match series takes place at the same venue on Saturday.