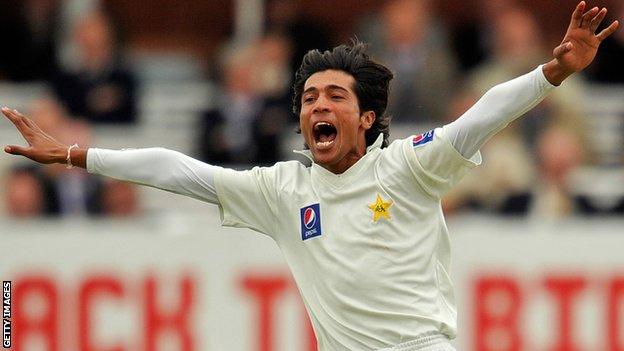 Mohammad Amir will not appeal to the Court of Arbitration for Sport against his five-year ban for spot-fixing.

The Pakistan pace bowler was suspended by the International Cricket Council (ICC) and jailed for his part in the spot-fixing scandal at Lord's in 2010.

He was released from Portland Prison last month after serving half of a six-month sentence.

"Mohammad Amir told the ICC he will not be pursuing the appeal," an ICC spokesman said.

Salman Butt and Mohammad Asif, Amir's Pakistan team-mates, are serving jail terms of 30 months and one year respectively for their involvement in a plot to bowl deliberate no-balls in the Lord's Test against England.

All three players were given five-year playing bans by the ICC, running until 2015.

Nineteen-year-old Amir has returned to his homeland, where he has been offered pyschological help by the Pakistan Cricket Board (PCB).

PCB chairman Zaka Ashraf said: "Unfortunately he messed up his own career.

"But definitely we want to work on his rehabilitation and provide him counseling."