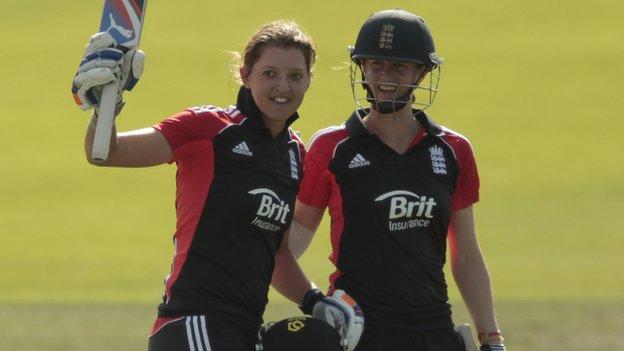 Arran Brindle claimed two wickets as the Kiwis collapsed from 202-5, with Amy Satterthwaite top-scoring with 58.

But Taylor and Lydia Greenway rebuilt the innings with the fifth-highest stand by an England pair in one-day internationals.

England also won the Twenty20 series 4-0, with the only match they did not win - a T20 in Invercargill - having been called off without a ball being bowled.

"It was a fantastic team performance today," said Taylor. "The bowlers bowled well to restrict New Zealand and I was delighted to contribute and get a big score.

"Lydia batted really well. It was great to share a partnership with her on such a fantastic wicket.

"Once we got in we just looked accumulate and build the runs. We knew that if we just batted the runs would come.

"The whole team have performed throughout the tour and to go unbeaten in both series is a fantastic achievement."