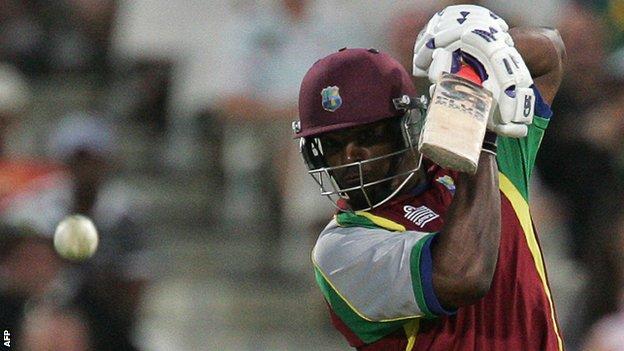 Reports in the Caribbean said the 33-year-old crashed into a utility pole while driving alone in central Trinidad following a club match.

Morton played in 15 Tests and 56 one-day internationals, with his last West Indies appearance coming against Australia in a Twenty20 match in 2010.

The West Indies Cricket Board said: "Our deepest condolences to Runako Morton's family. Such devastating and tragic news."

Morton averaged 22.03 in Test matches with a top score of 70, but he had more success on the limited overs stage. He averaged 33.75, with the highlight an unbeaten 110 against New Zealand in 2006.

In an international career that lasted eight years, he also endured a chequered disciplinary record with the West Indies.

In 2002, he was banned from playing in any game that came under WICB jurisdiction for 12 months after he was found guilty of misbehaviour during an 'A' team tour to Ireland and lying about the death of a grandmother to gain an early release from the ICC Trophy squad in Sri Lanka.

Morton was one of the few West Indies cricketers to emerge from the small island of Nevis. His first-class career began with the Leeward Islands and he was latterly registered with Trinidad and Tobago.