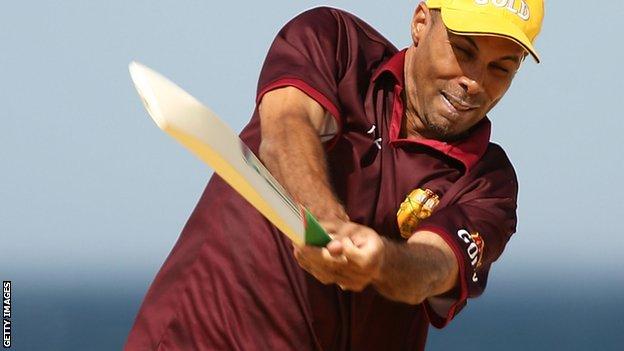 A group of 16 Kent players fly off on Wednesday for 10 days in Antigua as part of their pre-season preparations.

With the county season only a month away, it is the first chance director of cricket Jimmy Adams will have to spend quality time with his squad.

"It's critical, it's a bedding-in period, getting to know the players.

"It will give me, in my position, a lot more information about them. It's very important," the former West Indies skipper told BBC Radio Kent.

The county will start the season with a County Championship Division Two game at Yorkshire without James Tredwell (England Test duty), Azhar Mahmood (IPL), and Adam Ball and Daniel Bell-Drummond (England under 19).

Adams, who played for the West Indies for 10 years, said there will be no formal matches for his side in the Caribbean but he will enlist the help of some local players to give his team practice.

"We have inter-squad games, I've been talking to some people I know in Antigua and we are ok to get local players to get 22 or 23 players.

"We're taking 16 players and if in every game situation all sixteen play then we get more from the time we are there," he said.

"To see them outdoors in realistic conditions will give me a lot more information going forward, and getting a group of young men to gel together is very important."