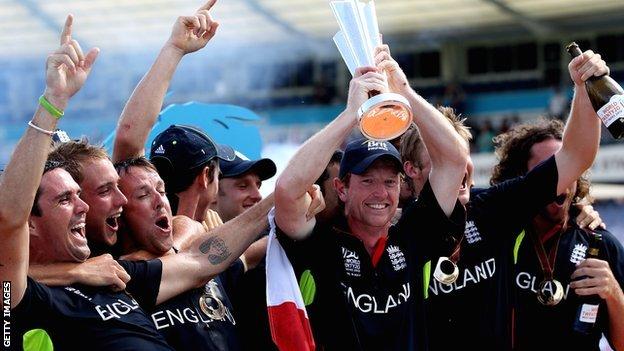 The International Cricket Council's chief executives' committee (CEC) has suggested that an associate or affiliate member such as Ireland could host a ICC World Twenty20 tournament.

The CEC said non-Test-playing countries "should consider submitting a detailed proposition" to stage an event.

Another CEC recommendation is for the World Twenty20 in Bangladesh in 2014 to be expanded to 16 teams.

The CEC also proposed that teams will now be allowed to play 15 Twenty20 internationals in any year in which the World Twenty20 is being played, instead of 12, and that it should continue to be a joint event for men's and women's teams - which it was in 2009 and 2010, and will be again in 2012.

Bangladesh's proposed forthcoming tour of Pakistan - who have not been able to play at home since gunmen attacked the Sri Lanka team bus in Lahore in March 2009 - was also on the meeting's agenda.

The CEC agreed to recommend that special dispensation should be given for non-neutral umpires and referees to be appointed for the series if the ICC felt it were unsafe to send its own match officials.

An invitation for cricket to take part in the 2018 Commonwealth Games in Australia will also be "further explored", while the CEC also supported the ICC's "strategy to independently evaluate the pros and cons of participating in the Olympic Games".

Its recommendations will now be presented to the ICC board.