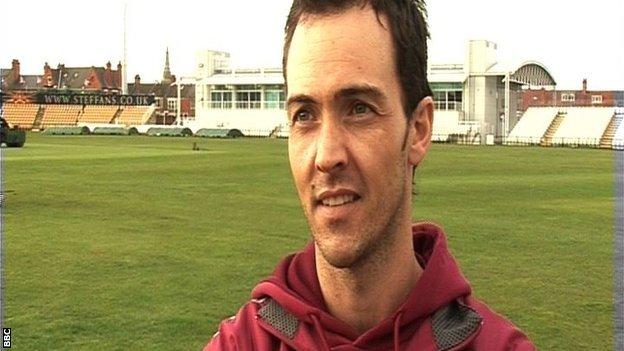 The 31-year-old played club cricket for Blackpool last season, but has otherwise spent his career in his native South Africa.

"I've also played with Johannes van der Wath, so it's quite a few guys I've spoken to and who've given me advice."

"I've been been fortunate to play a bit of club cricket in the UK but this is my first shot at county championship cricket," de Lange added.

"I'm really looking forward to it."

The left-arm spinner took 175 wickets in spells with Boland, Cape Cobras and Eagles in South Africa and joined Northants in February.

"There's quite a few South Africans who've come over here in the past, and they say it's a nice level and standard to play at.

"I was slightly nervous leading into the [Northants] trials, and that's quite weird after playing 12 years of first class cricket.

"But after the first net, I felt very confident. It's a nice set-up and I got on well with [head coach] David Capel which makes it easier.

"The guys are nice and friendly but it's during the season, when it really counts, that I'll see how close the guys are."