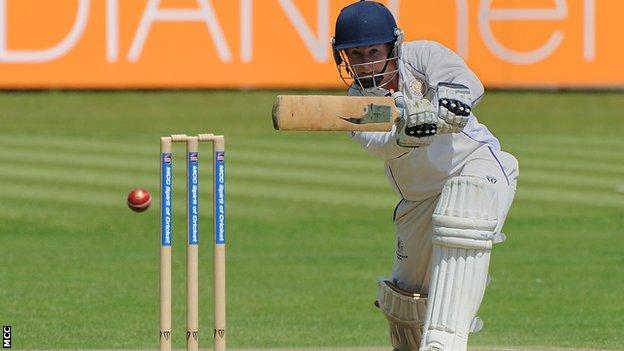 Kent's Tammy Beaumont hopes to use the England academy tour of South Africa to boost her senior prospects.

The 21-year-old wicketkeeper was part of the full England team that whitewashed New Zealand in February but her top score was just 17 not out.

"It's just a case of taking my opportunities when I get them," she told BBC Radio Kent.

"South Africa will be a good opportunity to get some runs and then take it back to international cricket."

Danni Wyatt will be joining Beaumont on tour to South Africa in April as the only two senior players in the academy squad.

The pair toured the country in October in England's 2-0 Twenty20 series victory and Beaumont hopes to build upon that experience.

"We're in the full squad at the minute but we're maybe not doing the role that we might do in the future," said the Loughborough University student.

"Hopefully we can get some more experience in South Africa and pass on some knowledge to some of the younger players.

"We played out there before in October and we had a really good tour.

"Unfortunately for me, Lydia Greenway and others did so well with the bat that numbers seven, eight and nine didn't get in so it'll be nice to get an opportunity when we go in April."