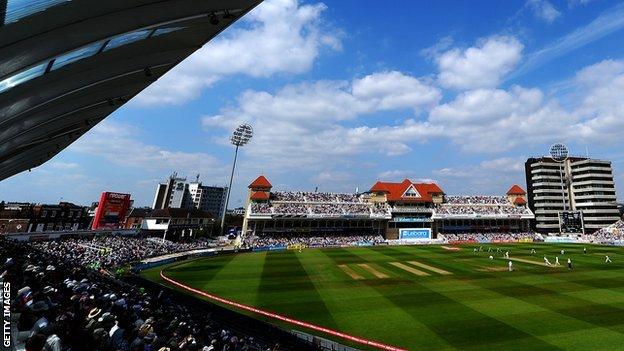 Nottinghamshire have appointed Lisa Pursehouse as their chief executive.

Pursehouse has been with the club since 2000 and steps up from her role as deputy chief executive to replace Derek Brewer, who joins the MCC on 27 April.

Chairman Peter Wright: "We conducted a rigorous selection process and Lisa was the outstanding candidate.

"She has been a driving force since her arrival and played a major part in securing Ashes Tests here in 2013 and 2015 and an India Test in 2014."

Wright added: "Her knowledge of the commercial needs and operational demands of our business is exceptional. I am delighted that she has accepted this opportunity and the challenges that it will involve."

Pursehouse joined Yorkshire County Cricket Club in 1995 and moved to Trent Bridge in 2000 with a brief to develop the club's commercial activity.

Her promotion to deputy chief executive in 2005 saw her take responsibility for the commercial and operational aspects of the business.

Pursehouse said: "This role is the greatest honour and the biggest challenge that I have ever faced but I have a clear vision and I am relishing the road ahead."