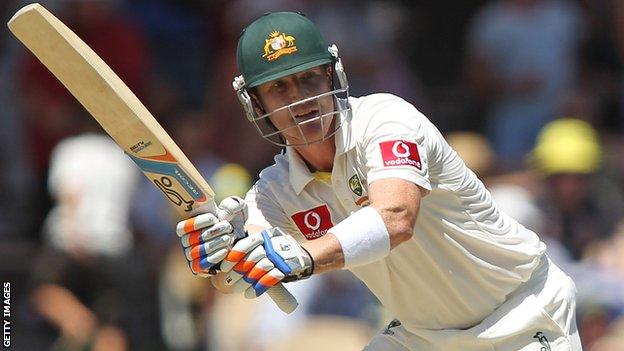 Australia wicket keeper Brad Haddin is to return home from the tour of the West Indies for personal reasons.

Haddin, 34, was set to sit out the initial five-match one-day series, which begins in St Vincent on Friday, after losing his place to Matthew Wade.

But he had been expected to play in the three-Test series, starting next month.

Cricket Australia tweeted: "Brad Haddin is returning home from Windies for personal reasons. There will no further comment from him or on his behalf."

It is unclear whether Haddin, who has played 43 Tests for Australia, will return to the squad in the Caribbean.