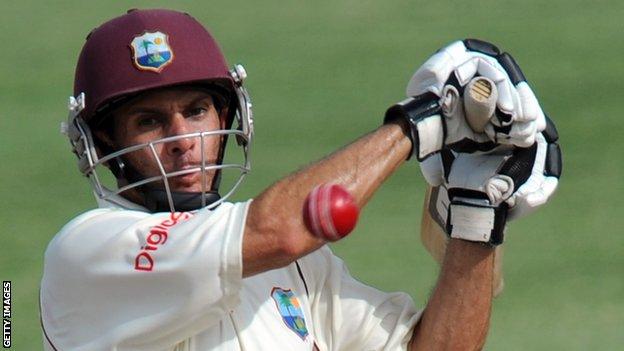 Kent have signed West Indian batsman Brendan Nash as their overseas player for the 2012 county season.

Nash, 34, has played 21 Tests and nine one-day internationals and will be available for Kent's first game at Yorkshire on 5 April.

Coach Jimmy Adams said: "Brendan's ability, coupled with his experience, will be of great value to the club.

"I look forward to welcoming Brendan to Kent in the next couple of weeks in preparation for the season opener."

Kent have undergone a dramatic overhaul during the off-season, signing five players during the winter.

Michael Powell, Ben Harmison and Charlie Shreck have all moved to the St Lawrence Ground on a permanent basis, whilst Middlesex's Scott Newman penned a two-month loan deal on Monday.

Born in Western Australia, Nash made his Test debut for West Indies in 2008, scoring 1,103 runs in 33 innings at an average of 33.42. He scored his maiden Test century against England, striking 109 in Trinidad in March 2009.

However, the left-hander was dropped from the squad last summer despite being vice-captain.

He will be reunited with fellow Jamaican Jimmy Adams, who worked as the technical director at the Jamaican Cricket Association prior to his appointment at the start of the year.