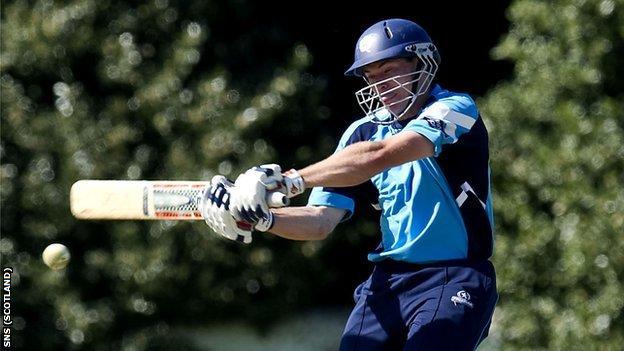 Gareth Berg's 29 runs and Peter Petricola's 28 set the Italians on their way to a target of 136 after they had won the toss and opted to bat.

Richie Berrington was Scotland's top scorer with 67 as he led the charge.

The Scots have now won four and lost two of their Group B games and a win over the United States on Tuesday will guarantee a play-off place.