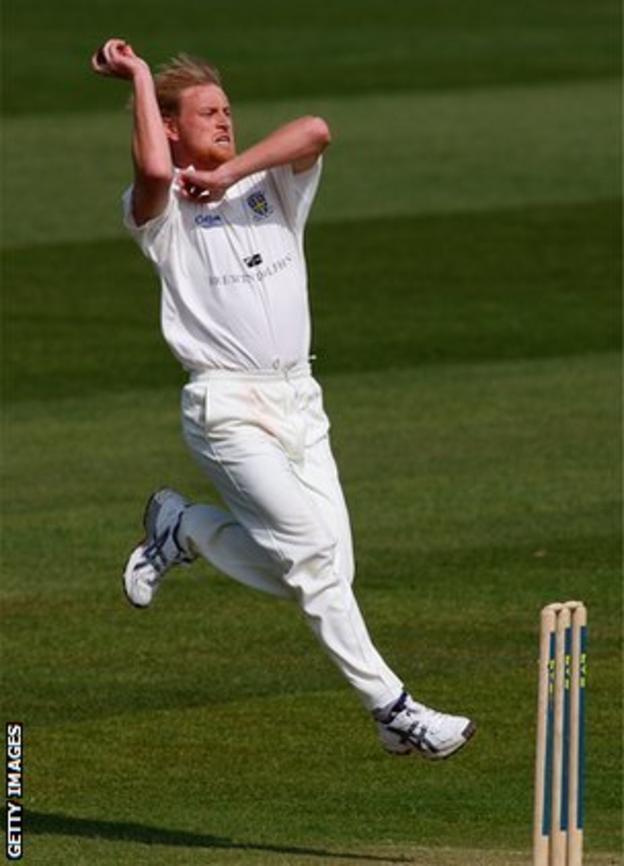 Kent have completed the signing of former Durham seam bowler Mark Davies after he impressed during their recent pre-season tour to Antigua.

The 31-year-old was on the fringe of the England squad in 2009 but his career has been interrupted by a series of injury problems.

"I'm really excited to be playing cricket and thrilled to have signed my contract for Kent," he said.

"I hope the team will find success in all forms of the game this season."

Davies has taken 253 first-class wickets during his career at a cost of just 22.63 runs each, but did not play a single first-team game for Durham last summer after injuring his ankle in a warm-up game.

Kent coach Jimmy Adams is confident that Davies can return to top form and told BBC Radio Kent last week: "He's a banker. He's been around the mill long enough to know what he's doing. His skill levels are very, very high."

Davies is the sixth signing made by Kent since the end of last season.

Michael Powell,Ben Harmison,Charlie Shreck and Scott Newman have been brought in to bolster the squad, as well as overseas signing Brendan Nash.