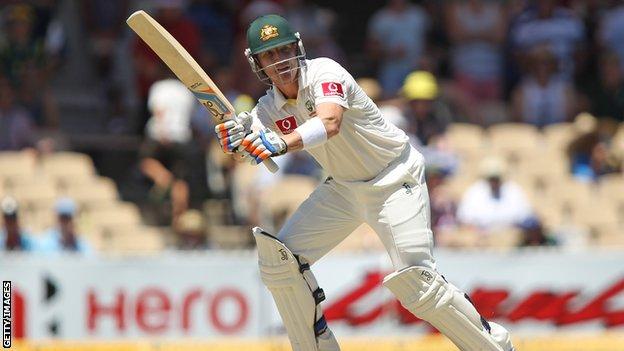 Australia's Brad Haddin has confirmed he will not return to the tour of the West Indies for family reasons.

The 34-year-old originally travelled to the Caribbean with the limited-overs squad before returning home for personal reasons.

He was expected to come back for the Test series which starts next month.

A statement said: "Cricket Australia fully supports Brad's decision to remain in Australia and sends its best wishes to him and his family."

Wicketkeeper Haddin's decision means that understudy Matthew Wade is set to make his Test debut at the Kensington Oval on 8 April.

New South Wales gloveman Peter Nevill, who headed to the Caribbean following Haddin's recent return home, will stay on with the squad for the rest of the tour as cover.

Haddin made his test debut for Australia in the West Indies in 2008, and has a batting average of 35.82 from his 43 appearances, with a best of 169 against New Zealand in December 2008.

Meanwhile, Test skipper Michael Clarke will leave Australia for the Caribbean on Sunday morning to continue his rehabilitation from a hamstring injury.