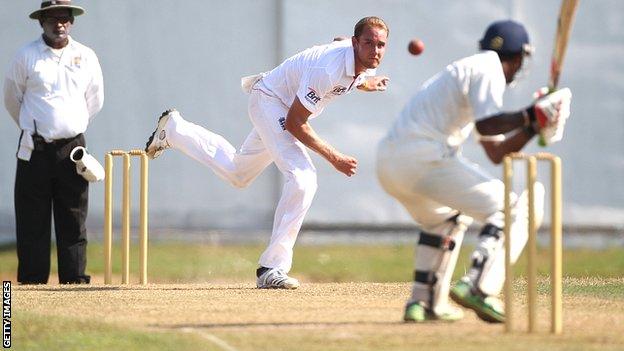 England bowler Stuart Broad is expected to be fit for the opening Test match against Sri Lanka despite missing training on Saturday.

Broad, 25, sprained an ankle when he tripped over a boundary rope before the match against a Sri Lankan Board XI.

The latest move has been described as a precautionary one ahead of the two-Test series starting on Monday.

After he missed the opening tour game, Broad returned to take four wickets against the Sri Lanka Development XI.

Speaking to the BBC after the first day's play against the Development XI last Tuesday, Broad had hoped he would be fit for the Test series.

"It's a little sore but with another week I think it will pull up fine."