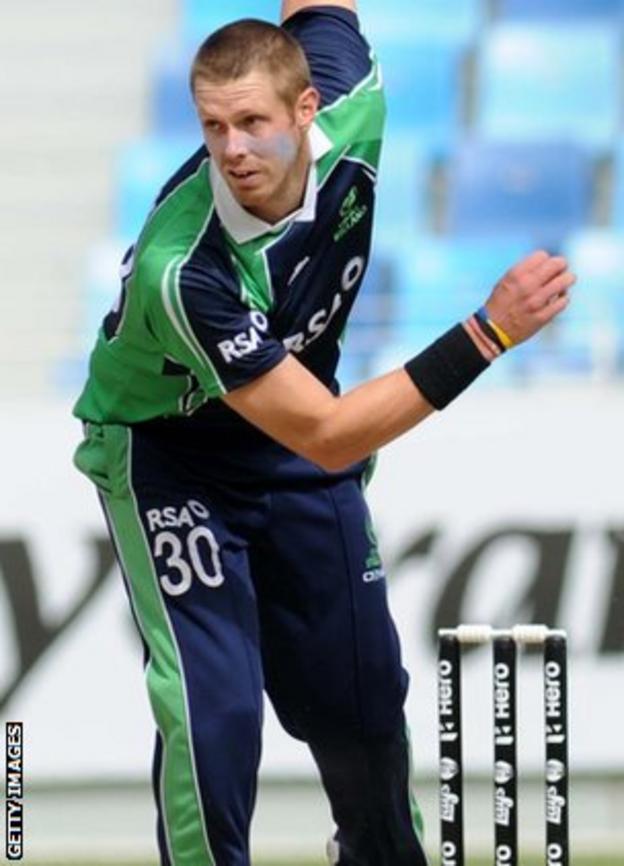 Warwickshire have been hit by another pre-season injury in their fast bowling department after discovering that Boyd Rankin is suffering a foot problem.

The 27-year-old Irishman is to miss the first six weeks of the season with a stress reaction to his right foot.

England Lions all-rounder Chris Woakes is already sidelined for a month with an ankle injury.

"It's extremely frustrating that we've lost Boyd to this kind of injury," Bears director of cricket Ashley Giles told the club website. "But he has had an extremely large workload over recent months.

"We will need to manage this to ensure that it doesn't become a regular occurrence.

"It's disappointing to lose Boyd just before the start of the season.

"But we do have a strong bowling attack and it's a good opportunity for one of the younger seamers to make a big impression.

"We also have the benefit of not starting our County Championship campaign until next Thursday."

The initial prognosis on main spearhead Woakes was that his damaged ankle ligaments would keep him out for between six to eight weeks, but the England one-day international now hopes to be back from injury before the end of April.