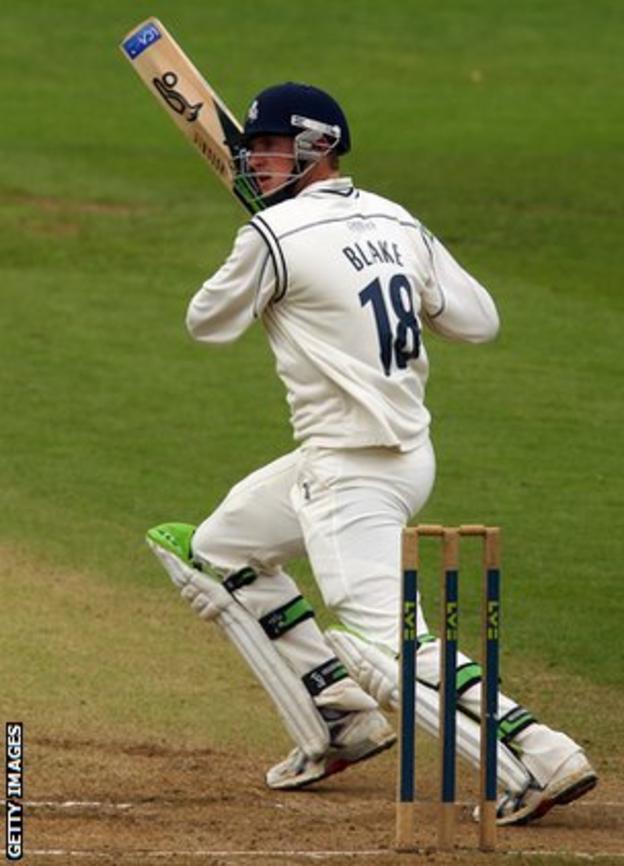 Kent batsman Alex Blake admits his best chance of first-team cricket in 2012 is in the shorter forms of the game.

The 23-year-old struggled to for a regular spot in any format last season and has seen four new batsmen arrive at the club over the winter.

"I'm hoping I'll start in the one-dayers but not sure about the four-day stuff," he told BBC Radio Kent.

"When you look at the side we have on paper, I see myself getting in through one-day cricket mainly this year."

The left-hander spent the winter in Perth under the tutelage of Neil 'Noddy' Holder, a coach who has worked with former Australia Test opener Justin Langer and Owais Shah in the past.

During his five months down under, the club also appointed Jimmy Adams as director of cricket.

And Blake said the entire atmosphere at the St. Lawrence Ground had been transformed.

"It's a new squad, a new environment and it's quite a positive one which is a good sign for us going into the season.

You can't sit back and be happy with your place in the side, you've got to keep performing

"There's a good vibe in the camp. Jimmy has left any stones unturned and we go into the season confident," he commented.

"With the changing of the ground, it feels like a completely new environment. Although Jimmy takes things quite seriously, he's a laid-back guy being from the Caribbean.

"It just feels like there's a lot more positivity in the camp at the moment."

Not only does Blake have to compete with the likes of Michael Powell, Brendan Nash and Ben Harmison for a place in the middle order, he also faces competition from emerging talent like wicketkeeper/batsman Sam Billings, who hit 48 in a 40-over friendly against Glamorgan on Tuesday.

Blake himself struck 58 in a defeat by Surrey on Friday but made just five in the Glamorgan fixture and acknowledged he had to make every opportunity offered to him count.

"It looks like we've got a pretty strong squad this year. The competition should raise everyone's game.

"When you get that spot, you've got to try and keep it because there'll be people raring to take your place," he added.